US law enforcement is at least initially categorizing the horrific Orlando shootings as “domestic terrorism.”

I don’t think it probably was terrorism in any useful sense of the term.

I used to know what domestic terrorism was, before the term became politicized in the past decade.  It was defined right there in the Federal code of 1992:

“(5) the term “domestic terrorism” means activities that—
(A) involve acts dangerous to human life that are a violation of the criminal laws of the United States or of any State;
(B) appear to be intended—
(i) to intimidate or coerce a civilian population;
(ii) to influence the policy of a government by intimidation or coercion; or
(iii) to affect the conduct of a government by mass destruction, assassination, or kidnapping; and
(C) occur primarily within the territorial jurisdiction of the United States.”

The great thing about this definition is that it focuses on the motive behind the act.  And it specifies that the motive has to be to coerce people or influence or affect government policy.

So if the alleged shooter, Omar Mateen, was a terrorist you would expect him to make demands about US government policy.  There will be more such acts, he would have said, unless the US government passes a law outlawing homosexuality.  Or unless the US government withdraws from Afghanistan.  (But if he aimed to change the latter policy, why shoot up a civilian gay club on Latin night?  Wouldn’t he have targeted, say, a US Army base?)

Shootings like Orlando that hit “soft targets” such as restaurants or nightclubs are not a form of classical strategic terrorism.  Serious terrorist would hit military targets, e.g.–an act that might hope to degrade US security.  Shooting down people at a nightclub has no obvious strategic goal.  Such a goal is intrinsic to the tactic of terrorism, and its absence should cause us to question the use of the term.

What we know about Mateen so far doesn’t indicate that he was a member of a terrorist organization.  If the authorities thought that he was, the crime would have been labeled international terrorism, not domestic.

We know that his father, Seddique Mateen, is a Pushtun nationalist from Afghanistan who objects to the 1893 Durand Line that the British drew between British India and Afghanistan, which cut the Pushtun ethnic group in two.  Today, the Pushtuns (called Pukhtuns in the local dialect) are a majority in the province of Khyber-Pukhtunkhwa of northern Pakistan, while the Afghanistan Pushtuns dominate a number of provinces stretched across eastern and southern Afghanistan.  Decades ago a Pushtun nationalism that wanted to unite Pushtuns into a single country and secede from both Pakistan and Afghanistan had some popularity, but it is now a fringe movement.

Mateen senior goes on a California Persian-language tv and promotes this subnationalism.  He is also said to support the Taliban, but that may be because he sees them as authentically Pushtun and oppressed by the Punjabi Pakistani officer corps, rather than because he is a fundamentalist.  His big emphasis seems to be on erasing the Durand Line.  He asserted that his son’s action had nothing to do with Islam.  Although the US press is depicting Seddique Mateen as himself perhaps unbalanced, his position isn’t crazy, it has just become a minority idea. 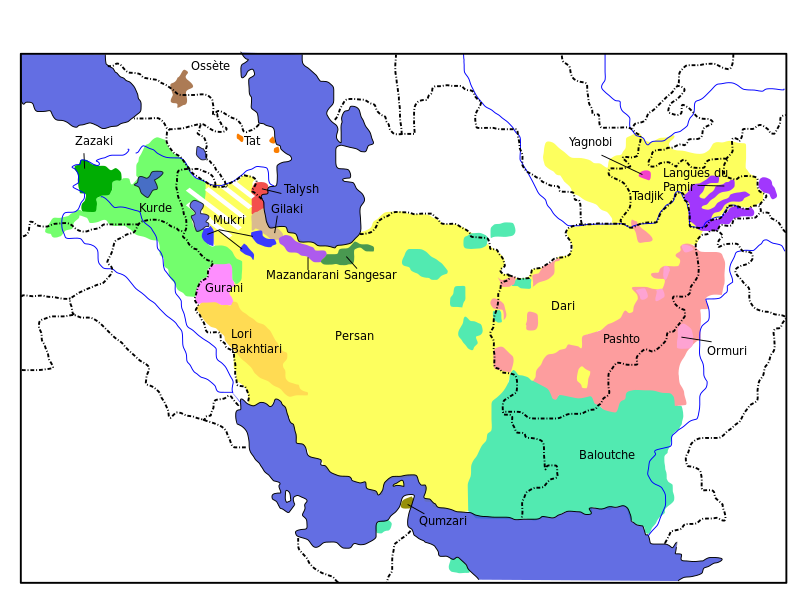 Areas where the Pushtun language of Pashto is spoken in Afghanistan and Pakistan, at center right. h/t Wikimedia

You could imagine Mateen being brought up to resent that the West had divided and weakened the Pushtun ethnic group.  But there isn’t any evidence that Omar shared his father’s separatist politics.

We know that Omar Mateen’s marriage failed because, his ex-wife alleges, he beat her.  Her Muslim relatives were so appalled on hearing this that they extracted her from the match.

She says he wasn’t religious 8 years ago.

We know that a co-worker when he was employed as a security guard considered him unbalanced, racist and homophobic, and even left his position rather than continuing to have to work with him.

We know the FBI investigated him twice and found no reason to pursue the inquiry or to keep him on a terrorist watch list.

So this person looks as though he was unbalanced and extremely prejudiced individual who bought two semi-automatic weapons only last week and then committed a mass shooting against a group against which he was bigoted.

He may have invoked Daesh (ISIS, ISIL) as he began his mayhem, but there is no reason at the moment to think that he was involved with them in any practical way.

He was about to commit a mass murder that he must have known would likely end in his own death as well.

So it may be that he was searching for a way to make sense of his homicidal impulse, a way to give meaning to his senseless killing and senseless death.

So, a major, major hate crime for sure.  But terrorism?  What is the governmental policy he wanted changed?

If it was about gay marriage, well, there is a lot of political opposition to that on the Republican Right, and violence against gays has been a feature of the American far right.

In fact, you could argue that the American evangelical groups that successfully lobbied Uganda to execute gays were engaged in a form of international legislative terrorism–they are certainly driven by a political agenda and wanted to see people killed; they were just more patient about it.

In a mirror image of Mateen, police in LA arrested James Wesley Howell , a right wing white conspiracy nut.  Howell was found with high powered rifles and bomb-making materials.  He says that Hillary Clinton is Hitler, and he is a truther, alleging that the US government is behind terrorist attacks since 2000.  He was headed to the Gay Pride parade in Los Angeles, though friends of his denied that he is a homophobe.  (Friends don’t always know these things).

If Howell was planning an act of violence at the parade, it was forestalled by his arrest, so it is hard to compare him to Mateen, especially since we know so little about Howell’s intentions.  But these two men both seem to have been unbalanced, and both intended to go to a gay event.

The biggest thing they had in common between being off their rockers was that they had free access to high powered firearms despite all the signs they exhibited of being one can short of a six-pack.

Across Africa, water conflict threatens security, health, and the environment

What’s next after the midterms? Ro Khanna & Robert Reich discuss

And this year’s ‘Pharma Greed Awards’ go to…

John R. Platt - November 25, 2022
The annual Black Friday ode to commercialism and overconsumption sits at the core of our ongoing destruction of Earth’s ecosystems.

Robert S. Becker - November 23, 2022
What if unintended consequences lead not only to breakthrough positives but destructive means and machinery by which humanity can do itself in?